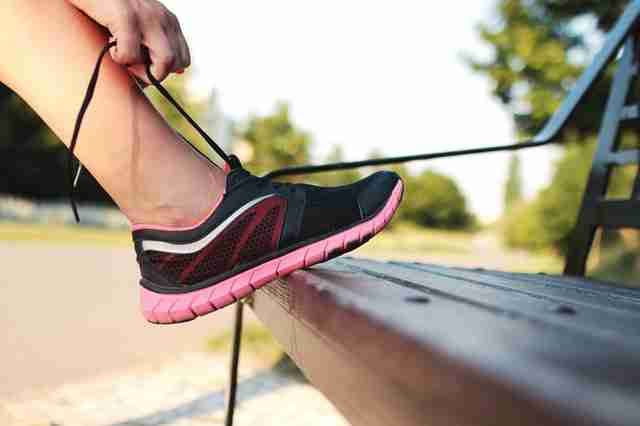 When you read The Power of Habit

your mind will never be the same! Changing habits is something we’re all interested in – ammright? Yes I want to be a morning person. A gym goer with a smoothie in my hand and an overall bright attitude. But how do we get our brains to get there? That is the big question!

“All our life, so far it has definite form, is but a mass of habits” 1

First to understand habits we have to understand why it is we go for the chocolate without even thinking about it (or in my case reaching for the Coca Cola at the dinner table).

Our habits are kept in a separate part to the brain called the basal gangalia. Studies found it was “central to recalling patterns and acting on them” 2.  Even when the rest of your brain might be asleep, the gangalia is still working.

We can drive and snack and possibly think about our last conversation with someone all without causing an accident all because our smarty pants basal gangalia knows when to kick in. But this is what makes it incredibly hard to change a bit. Our brain is literally wired to do it, without the rest of our brain even functioning.

After many years of studying, scientists found that a habit is actually a “three-step loop” 3. It looks like this.

Cue: “A trigger that tells your brain to go into automatic mode and which habit to use” 5

Routine: We all know what a routine is. We also need to know this can be physical, mental or emotional. 6

Reward: The part that “helps [your] brain figure out if this particular loop is worth remembering” 7

So basically, your brain has your back. If something isn’t worth the reward then your brain ain’t remembering.

But when the reward is worth remembering, and you keep looping it, the more automatic it becomes.

Changing Habits – What it actually takes

“When a habit emerges, the brain stops fully participating in decision making. It stops working so hard, or diverts focus to other tasks. So unless you deliberately fight a habit – unless you find new routines – the pattern will unfold automatically” 8

Here’s something you need to know, that you’re not going to like.

Habits never really disappear 9. While we love our gangalia for all it can remember – it also never forgets. 10

“This explains why it’s so hard to create exercise habits, for instance, or change what we eat. Once we develop a routine of sitting on the couch, rather than running, or snacking whenever we pass a doughnut box, those patterns will always remain inside our heads” 11

Again good and bad. Bad habits might stay, but so do the good!

It also means we have a lot less to think about.

Can you imagine a life without habits?

Trying to remember how to drive, when to cook, how to cook, how to do our hair, when to wash it. These are all habits. Things that our brain remembers and automates so we spend less mental energy on how to get minuet things done. So we have more energy for the bigger, life decisions (like changing our habits).

1. Decide what routine you want to change 12

What is the routine that you want to change?

For me it was trying to stop drinking so much Coca Cola at lunch time when I knew I could so magically avoid it in every other situation!

The first thing to changing a habit is identifying the cue. What is it that triggers the routine?

It’s never really what it seems.

Back to the Coca Cola at the table example.

I don’t drink Coke unless it’s on the table. If it’s in the fridge, I won’t physically get it out and pour a class. I won’t seek it out if someone asks me if I want a drink.

But if it’s on the table – yam bam! With little thought, I’m pouring myself a glass.

As sad as it sounds (and yes I possibly have a lot of time on my hands), I realised Coke on the table is my cue. It’s a habit, ingrained from childhood where (you guessed it) Coke was always on the table.

Then I thought was there ever water on the table as a child? No, just Coke. So that’s how I had developed this cue.

Identifying the rewards is a tricky one. Usually the reward isn’t what it seems.

We have to look behind the cue (behaviour, action, emotion) that triggers us and what we get out of it.

A great example is food. While it seems like we’re going for the taste, most of the time their is some source of satisfaction or comfort we get from eating certain foods at certain times.

We don’t eat the ice cream for the taste. We eat it for the comfort. To try and make ourselves feel better.

When Your Fave Celeb Couple Breaks Up GIF from Celebrity GIFs

Back to the coca cola example. When I sat down and thought about it – I loved the fizz. It also made me feel refreshed – thirst quenching (thanks to those wonderfully effective Coca Cola ads).

I Don’t Like It; I Love It Bottle GIF GIF from Cocacola GIFs

4. Keep the same cue & reward but change the routine 15

“You have to keep the same cues and rewards as before, and feed the craving by inserting a new routine”. 16

As Charles says in The Power of Habit the golden rule of habit change “You can’t extinguish a bad habit, you can only change it”. 17

He uses AA as an example to explain how changing a routine works.

But instead of drinking, AA encourages them to notice their cues and head to a meeting instead. Or call someone from their support network work.

Where they find the same rewards – to feel better.

(Keeping in mind I’m simplifying this example for the purpose of keeping this post concise. There’s a lot more to AA and their cues & rewards)

When I realised my cue – that the Coke Cola is on the table and the reward of feeling refreshed and fizzy! I knew the only way to change it was to change my routine.

I did two things – I either filled my glass with water as soon as I sat down on the table (although not exactly the same reward).

But what really worked for me was replacing Coke with carbonated water.

After a few conscious tries – that worked!

So if you’ve tried to change habits and been unsuccessful – do you really understand your cues and rewards? Have you kept them the same by changing the routine?

I’d love to hear about how you’ve gone changing habits! Let me know in the comments below!

How To Forgive Someone Who Isn’t Sorry

The Magic Of Focusing On One Thing At A Time

How To Set Up A Bullet Journal