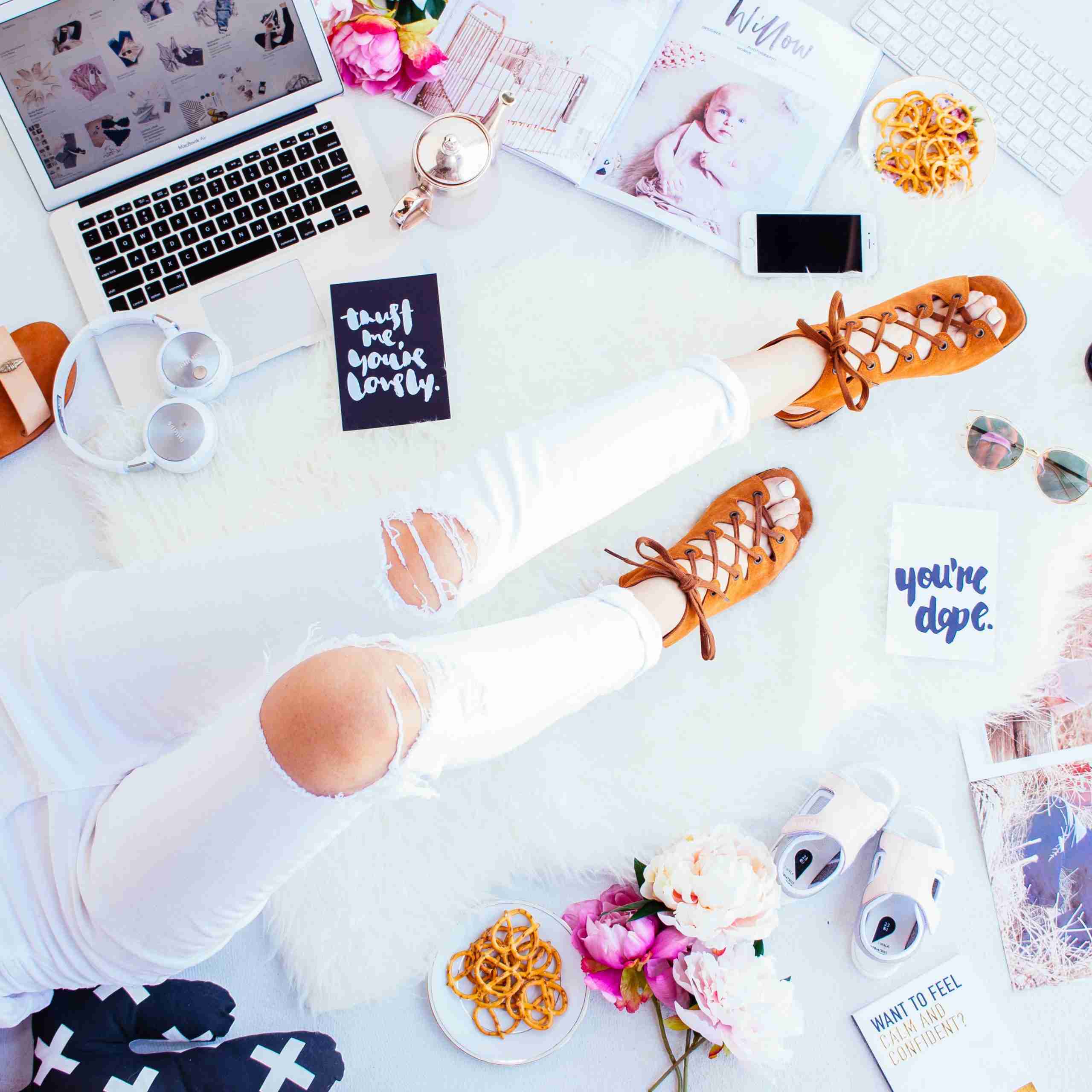 Sometimes we set ourselves limits or think something isn’t possible. So what better way to realise something IS possible by finding people who have done it!

I’ve been putting a lot of restrictions on myself about what I can achieve and when. So I set out to find people who had achieved more so I could not only learn how they did it but change my mindset about what can be done.

Here are 4 bloggers that achieved over $5,000 in LESS than 12 months from their NEW blog.

Wowza! When I read this I was like – what’s she doing right!?

It’s a great, relatable story. In short her and her husband wanted out of the rat race and that’s what they did!

But it’s also a great post to show you what’s possible.

Neither of them had any special experience when it came to blogging. In fact her husband came from the corporate world.

She goes from beginning to end on how she achieved this result and the courses she’s done to get there.

As we all love – there’s a break down of her income and page views.

And it’s all solid, easy to implement advice but not without the work. And her example goes to show what her hard work and determination created for her!

Straight of the bat Allan shows you just how far he’s come with the previous monthly income reports (starting from just over $600).

He shows the top 4 posts that have brought traffic to his website which is always great posting inspiration when we’re running out of ideas.

Allan has a few income strategies that he goes through.

He then details how he’s made his income and goes into depth about the affiliate sales he’s made. There’s also a bit of information on each of the affiliates if you want more info about who they are and how he uses them.

I love that he talks about his social media strategy too. And he’s honest that he puts a lot of effort into social media – mostly Pinterest.

Tailwind is a huge part of his strategy.

Finally my favourite bit would have to be what he did and didn’t do. It has 2 great links to his Pinterest boards both with over 10,000 followers and still accepting contributors.

Carly is the lady behind Mommy On Purpose.

This post is about how she used Pinterest to get 200k page views per month to her blog in a few short months.

She started pinning in May 2016 and by August 2016 she had over 100k and had joined Adthrive (one of the harder ad networks to join).

And this was all from manual pinning! Considering most pinners are talking about Boardbooster and Tailwind this is a definite stand out.

It was her manual pinning method that got her from $438 in August to $5151 in December!

This page is mainly about selling (or anti-selling, you’ll understand when you read her post!) her Pinterest Strategies book but I have to say it’s one of the best pages I’ve ever read. She’s honest and says that her strategy hasn’t worked for absolutely everyone. But for most it has and it has had great results.

Not just that, she also promotes two other guides she’s used and had great success with. The only person I’ve ever seen to have (basically) a landing page for their product AND suggesting other peoples too!

I bought this guide and I was happy with it. It’s definitely one of the most popular out there for a reason. It’s not very long but it doesn’t need to be. There’s no fluff.

The post also has links to all her income reports from August to December. It’s great to see how she’s progressed.

(Update: I also bought the Pinning Perfect course. I’ve used a bit of Carlys technique and the strategy of Pinning Perfect (theirs can be done manually or with a scheduler) and I’ve seen over 100% increases in traffic on this blog and my personal blog searchingforbetter.net. It’s an amazing course, I highly recommend it too!)

Breaking The One Percent

Breaking The One Percent don’t do income reports. Instead they offer insights about what they’ve learnt as they learn them.

They’re the first people I’ve ever read to say they did too much trial and error. And that spending more time looking at how other people did things would have been better for them.

They also go through their goals for the blog post! Haven’t heard that before!

Claps to Breaking The One Percent for not sparing any detail in their post either.

Not only do they go through their strategy but give a little explanation it too (for the majority of us newbies that don’t understand what CPC or CPA stands for).

They break down their revenue and go through their affiliates. And even go to the effort to show you how to negotiate with affiliates by giving you their own e-mail conversation with one of theirs!

But the best part of this post is their honesty about changing their direction. They started this with the intention of becoming a subscription based investment company. Now their affiliate marketers and aren’t afraid to show it (and admit they’re good at it too!)

It’s a great example of what action and trying something can do and where it can lead you. Even if it’s away from your initial idea.

So there you go! I searched hard to go find good, valid posts on people who have achieved great things in a short time and lot a doing it.

My goals for this post – that you would be inspired to start something, even if you’re not sure. That you start to believe you can do it (because you can) and you can do it in the time frame you set yourself. Because these bloggers are great examples of what’s possible when you don’t set yourself limits.