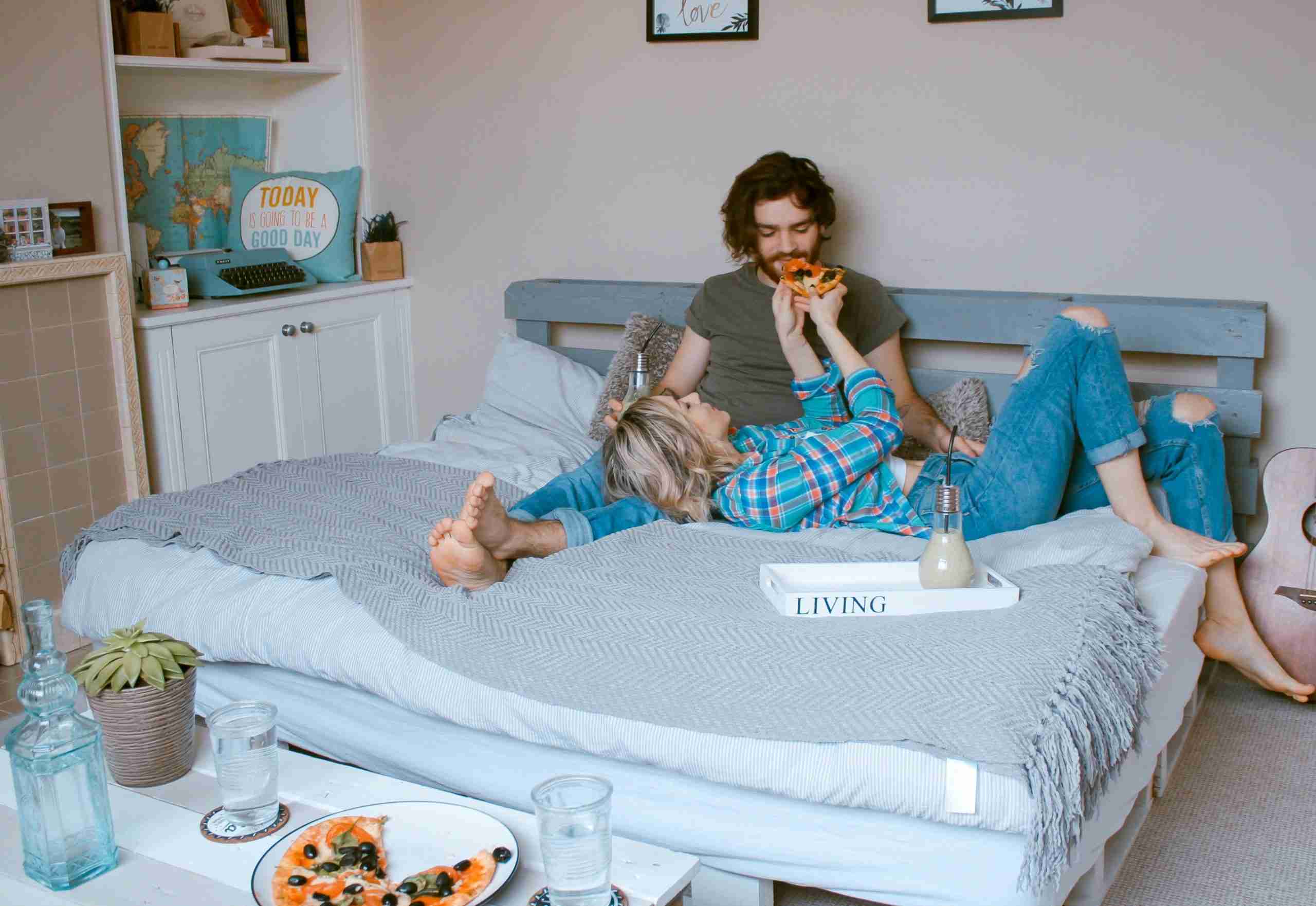 Is Living Together Before Marriage The Ultimate Relationship Test? 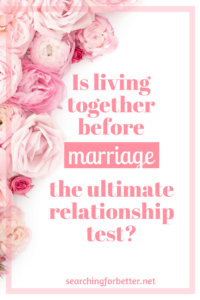 Are you and your partner thinking of living together before marriage? Do you think it will let you see whether your partner really is for you?

Or maybe you’re not sure on your partner. Do they have bad habits you think they might change?

Living together before marriage has increased more than 1,5000% in the last fifty years. 1

After a few short years, or months (if you watch the Only Way Is Essex), living together is in.

Nearly 50% of twenty somethings will live with their partner at least once during their 20s. 3

More than 50% of marriages will now happen after the couple have lived together. 4

Compared to our grandparents and parents we no longer have to wait for the privilege of living together.

Welcome to 2017. First comes living together, then comes marriage, then comes travelling and everything else before a baby carriage.

In fact, a nation wide survey found nearly 50% of twenty somethings agreed that “[they] would only marry someone if he or she agreed to live together with [us] first”. 5.

With the added increase in divorce rates, family lawyers Melbourne said that – twenty somethings also see this as a way to “prevent divorce”. 6

For those of us with divorced parents – we get this. We want to save ourselves from the mistakes they made. We want to live with our partners just incase it’s not right. So we know now. Instead of later once we have kids and things really get messy.

But does it work?

Couples who live together first are less satisfied with their marriages and more likely to divorce. 7

This is called the cohabitation affect. 8

So living together before marriage makes us more unhappy and more likely to divorce?

Psychiatrists call this “sliding, not deciding”. 9

We go from dating, to sleep overs, to sleeping over most nights to deciding “Hey let’s just share the rent and live together” (this is called cohabitation).

When we do this we fail to focus on why we want to live together and what it means for the relationship.

We do it for the convenience.

We don’t have the added pressure of mortgages, kids, in-laws. So we fail to talk about these situations until we’re in them. 10

While living together can give us a great idea on the person now. It doesn’t tell how either of us are going to go solving life challenges later.

When you get engaged you know you are making a commitment.

It’s a ride or die kind of situation.

You and your partner have decided you’re in it for the long haul.

You’ve had the conversation about kids, life, work. What you both want. What you don’t want. And you know that this is it.

For the couples above (the sliding, not deciding kind), they’re less likely to have these conversations. They put less thought into the relationship and the person. Because if it doesn’t work – they’ll just move on out.

There relationship is built on “maybe we will” 11 instead of the “hell yeah” of the engaged couple.

Now you can see why one is less likely to get divorced than the other.

So my first reaction when reading about this was – if it doesn’t work, why don’t the “maybe we will” 12 decide “maybe they won’t”.

Because it’s never as easy as we think it’s going to be.

After living with someone for months or years we’ve collected things, shared bank accounts. Maybe even a dog (back to The Only Way Is Essex). So getting out of it is it a lot harder than what we initially thought.

This has a name. It’s appropriately called “lock-in”. 13

“Lock-in is the decreased likelihood to search for other options, or change to another option, once an investment in something has been made”. 14

The more investment we make, the more locked in we feel.

The “switching costs” to make end the relationship are too high (splitting furniture, deciding who gets the dog). It looks easier to stick with it. 15

One of the biggest switching costs – you’re age. 16 The longer you stay, the older we get. The more we worry we’re better off staying with the person than venturing off into our 30’s and trying to find someone else.

We’re were too stuck in the moment to remember that time was limited.

In her book The defining decade: 20: why your twenties matter and how to make the most of them now, Meg Jay gives the following suggestions:

So before you make the big move, decide why you’re doing it. Is it a matter of convenience or is it your way of saying your committed. Because as we’ve seen above, it’s only the ultimate relationship test if we’re doing it for the right reasons.

Jay, M. (2016). The defining decade: 20: why your twenties matter and how to make the most of them now. ↩
TAGS:coupleliving togethermarriagemillennial couplesmillennials

How To Overcome Limiting Beliefs