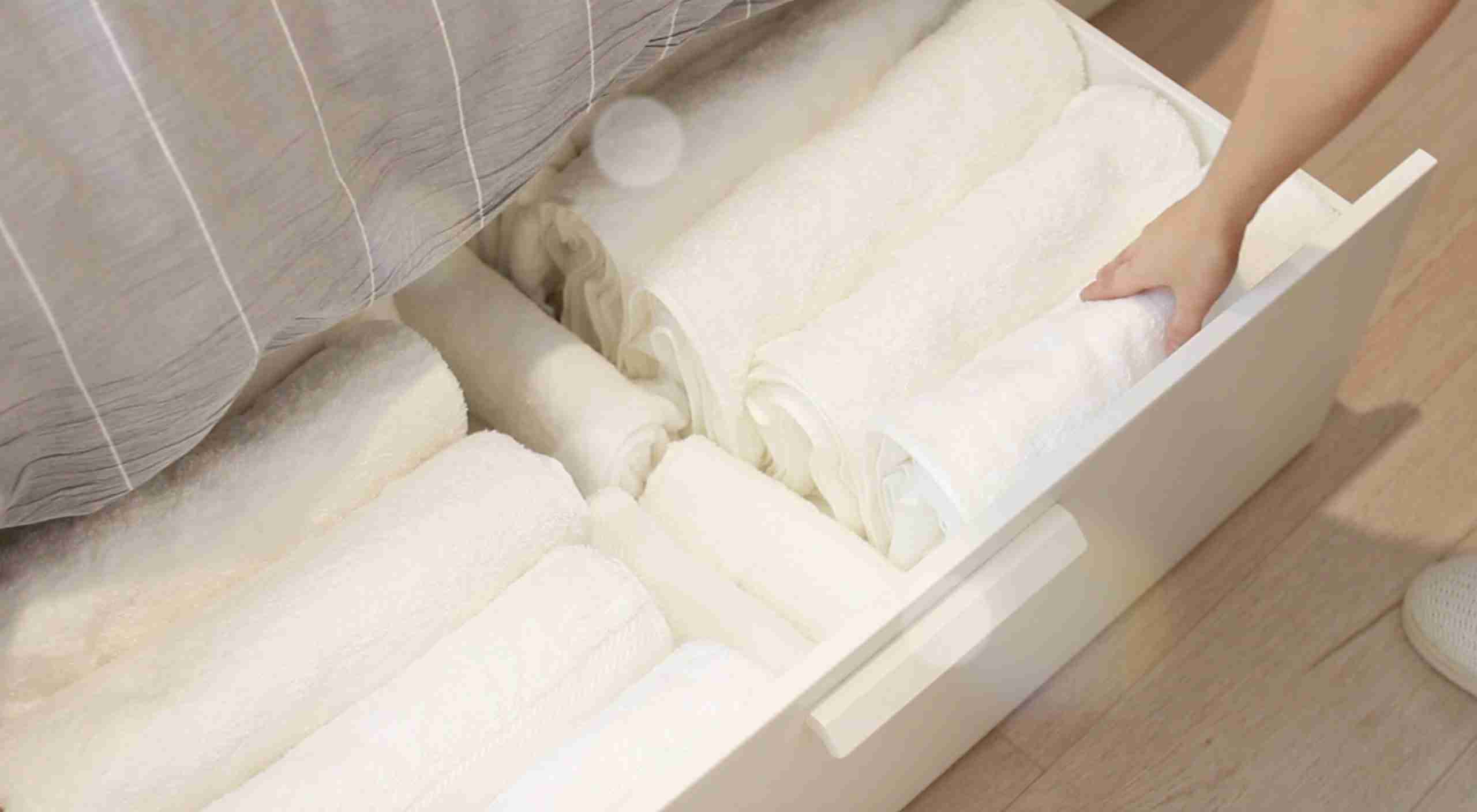 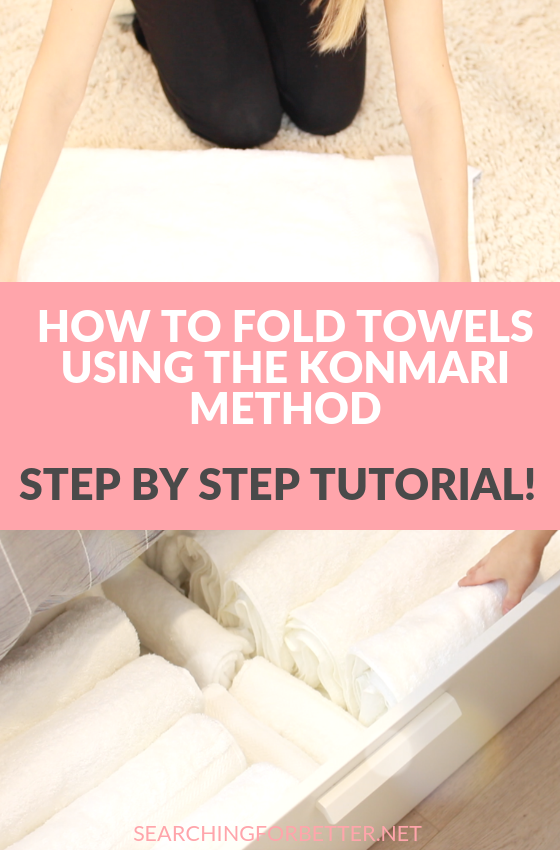 Trying to figure out how to fold towels so that you open the drawer or cupboard and feel instantly pleased and organised? This is the tutorial for you. You and I probably share a similar dislike for disorganised towels. There’s nothing worse than trying to push them all into the cupboard only to have them slowly fall out. This konmari folding towels tutorial is all about how we can happily prevent that!

This quick tutorial shows you how to fold towels in your drawers or to store in boxes. The reason I choose the konmari method for folding towels is purely because a) I love her work b) it keeps them so neat and they sit firmly. The way these towels are folded and stored actually gives you space to fit more in! Win!

So, whether you’re sick of towels falling all over the place, check out this konmari folding towels tutorial. Learning how to fold towels has never been so satisfying!

Decluttering Tips – 6 Steps To A Clutter Free You!

The next step is to fold your towel in half again

The third step is to fold your towel in thirds. 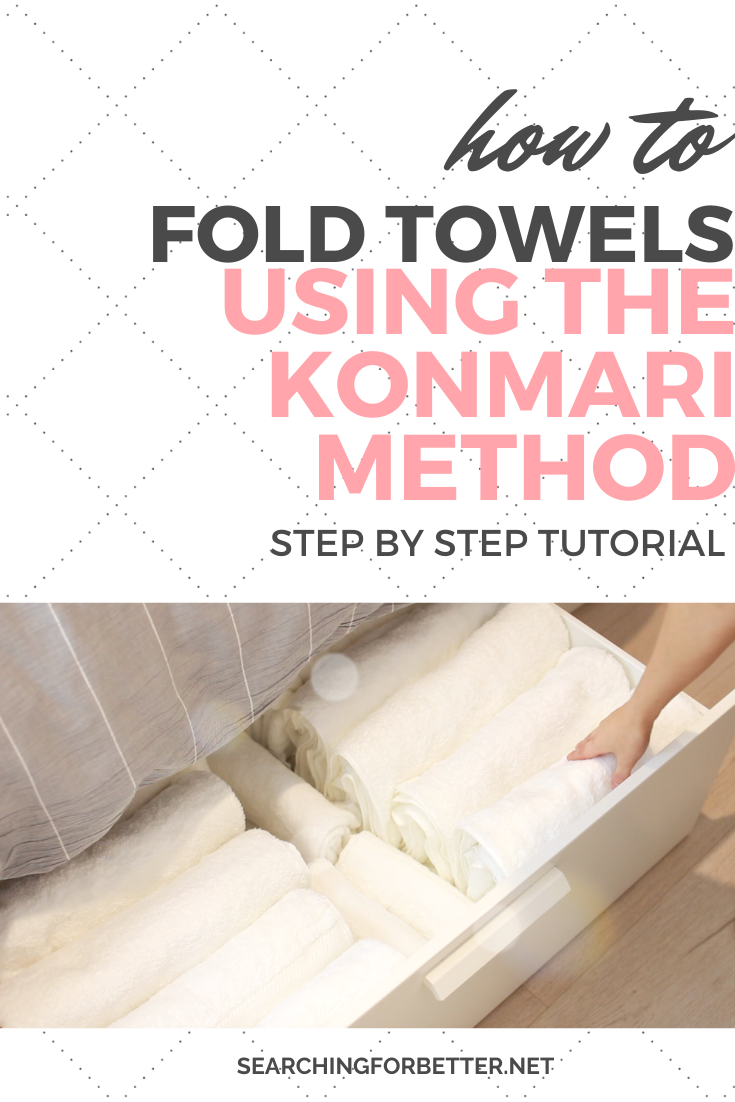 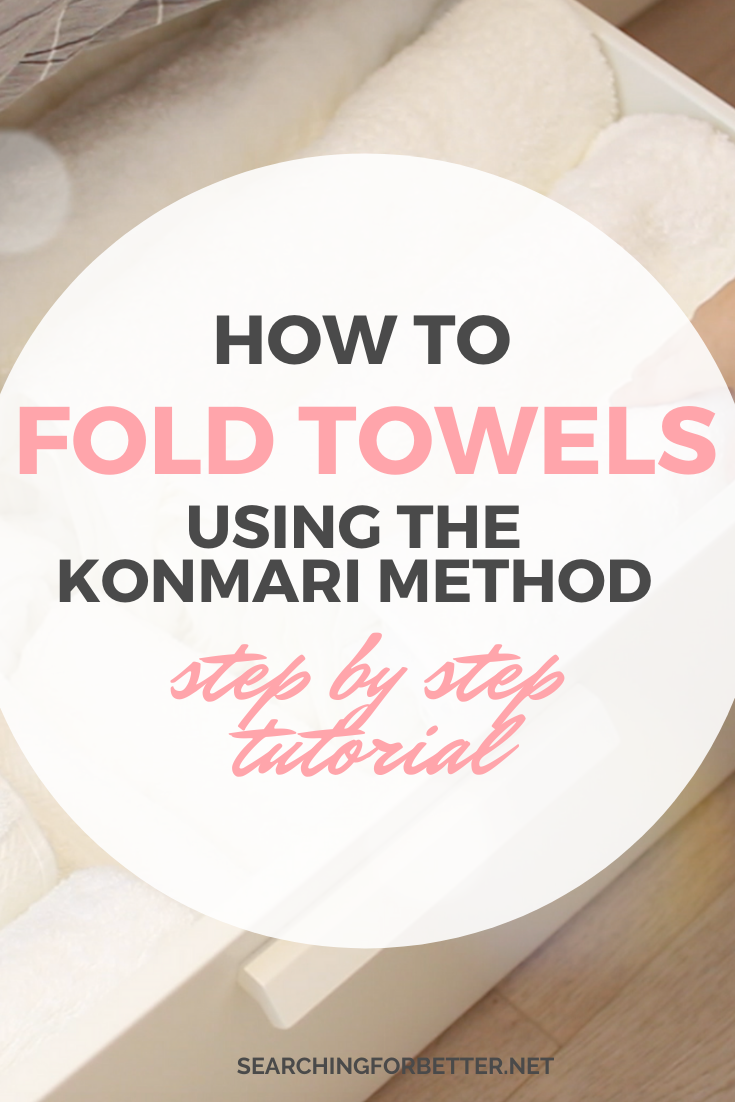 10 Easy Vision Board Ideas To Create The Ultimate Dreamboard

How To Forgive Someone Who Isn’t Sorry

How To Find Courage During Difficult Times

How To Create A Vision Board For 2020

3 Of The Best Books On Finding Your Passion In Life