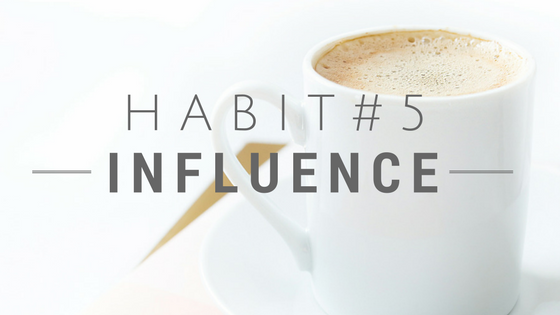 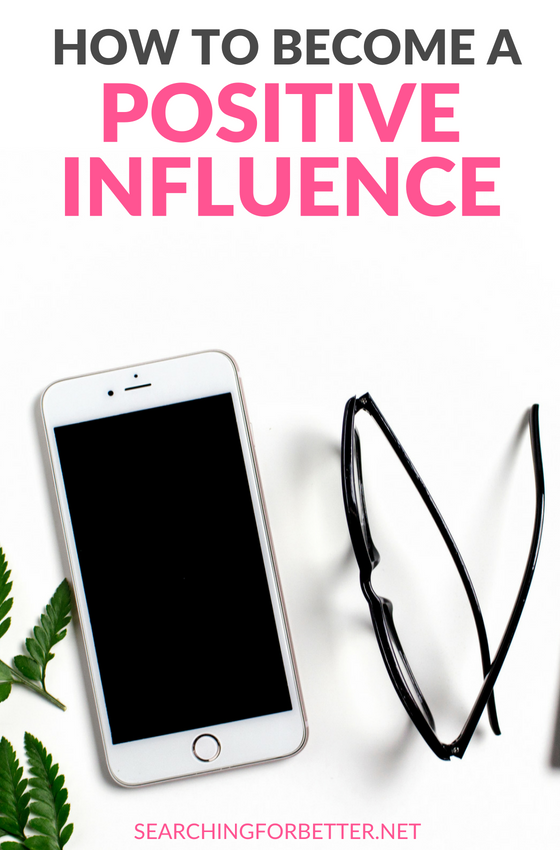 (This series is based on the book High Performance Habits: How Extraordinary People Become That Way

. I highly recommend this book to create real, life changing habits. I was not paid to write this OR given this book for free. I genuinely love it and have found it absolutely life changing for me – in just the few weeks of reading it – so I wanted to share it. I hope you find it the same for you!)

“They say things like “Well I’m not an extrovert so I can’t be influential”, or “I’m not a good people person”, or “I don’t like trying to persuade people”. Somehow, these people believe that personality has a connection to influence. But that’s not true.” – Brendon Burchard

How many of us are guilty of making those statements?

Trying to be “influential” can be difficult for many of us. We worry about feeling manipulative or pushing people into doing things they don’t want to do.

Or some of us worry about the responsibility being influential can have.

Either way, the word influential is intimidating and can carry with it negative feelings.

Brendon’s explanation of influence & how to influence others positively can help change our minds on that.

“Let’s define “having influence” as the ability to shape other peoples beliefs and behaviours as you desire. It means you can get people to believe in you, or your ideas, buy from you, follow you, or take action that you request of them”

BUT, he does remind us it’s a “two way street” 2 . We can’t expect to be an influencer, and not be influenced by others.

Today’s post is going to delve right into how to have influence and how to influence others positively. Because this is what we all want to know right!

How to lead and how to influence others positively without feeling slimey, salesy or guilty.

How To Have More Influence:

“Your perception of yourself” 3

If you know you’re a hard worker with high standards & you own it (without being cocky), then people notice. And influence comes naturally.

When you own it,  “you believe yourself to be more influential”. 4 We all look up to people who know there worth.

So I first read this & thought “okay, ask”. A good point because most of us don’t.

We worry about asking other to do things. We think who are we to ask.

But studies have shown people say yes more than we think they will. 6

We also “underestimate the willingness of others to engage & help”. 7

BUT, the part I didn’t expect was when Brendon also said to ASK QUESTIONS.

Did you think of that when you saw the title ask?

Asking for someones input is important because “people support what they create”. 8

And when you think about it – how much do you enjoy being asked your opinion on something?

I know I do when I’m working. I feel apart of the project & I feel valued.

Nobody likes the person that asks but never gives! The person in the office that always asks for help, but is always “busy” when you ask.

Or the friend who can always make time to visit when they’re having a tough time. But when it’s you, suddenly their calendar is full!

Nobody likes a NON giver. It makes you less inclined to help them later.

So give a little – without “expectation”. 12 Studies have shown it can “double [our] ability to influence others by giving before [we] ask for something”.  13

Like the ask section, when Brendon says give, there’s more to it!

Think about it even in a home perspective. I know as a child if I was trusted to look after my younger cousins or to help my aunties with something, I was there. And I always looked up to my aunties for putting their trust in me.

It’s a priceless part of influence that people don’t forget.

Show appreciation for others 15

This a simple one! Show appreciation for the people around you.

“Since so many people feel ostracized, unappreciated or undervalued, when you show up and give genuine praise, respect, and appreciation, you stand out. Be grateful for people.” – Brendon Burchard

It goes back to the timeless quote – treat people as you want to be treated.

Support them & encourage them! 16

Think about it – how much more do we look up to leaders & respect them when they stop and thanks us or consistently cheer us on.

That’s a leader we all strive to be like.

Teach people how to think & challenge them 17

The people that influence us the most are the people who teach us to “think” 18, “challenge us” 19 and are “role models”. 20

Good leaders continually ask us questions to make us think and challenge ourselves. And the people we listen to the most are the ones doing it themselves.

It’s not enough for them to just question & challenge us, when they’re not doing it themselves.

This is definitely something to take in mind when we take on other peoples opinions and let them influence us negatively.

Are they a role model?

To think of how to influence others positively , Brendon suggests asking yourself 3 questions before seeing them:

These questions can guide you in what you want to ask them & how you can challenge them!

But don’t forget – you need to be a role model too.

The biggest lesson from this part of influence from Brendon is not to be afraid to question & challenge others. The people that want to grow and be pushed, know where you’re coming from.

This is what makes them value you and find you influential.

Summary of tips on how to influence others positively –

Do You Struggle To Get Along With Someone? 4 Steps That Can Help You!

2 Inspiring TED Talks Guaranteed To Change Your Thinking On Life